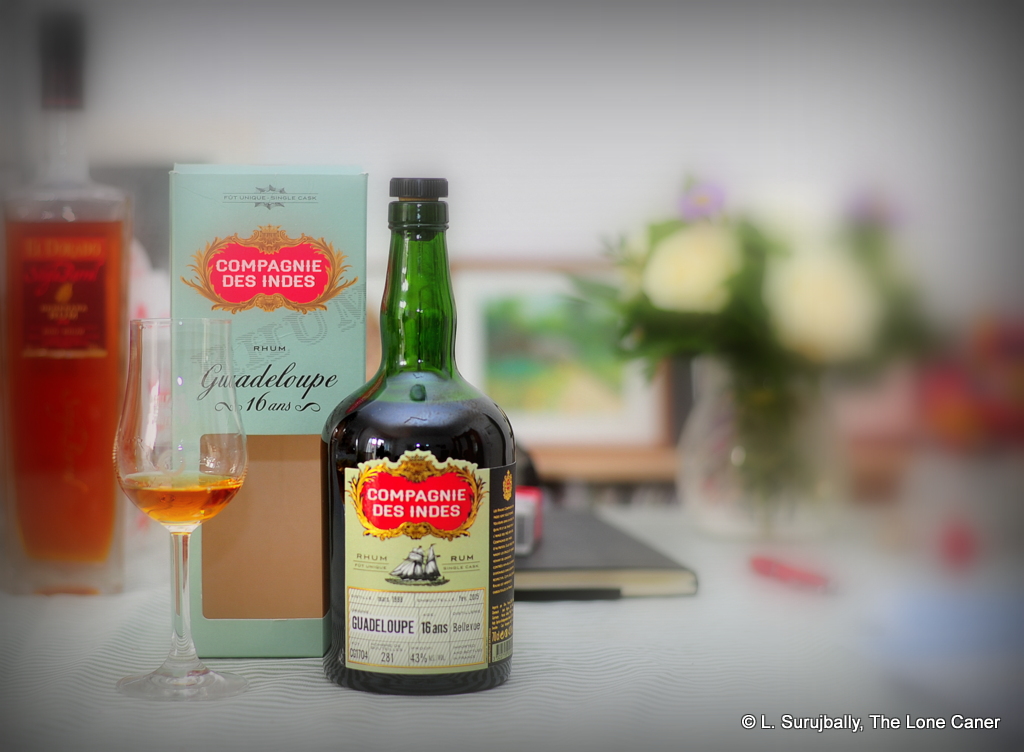 Compagnie des Indes so intrigued me when I first came across their Cuban rum back in early 2015, that I’ve already looked at two of their more offbeat products (from Fiji and Indonesia), and have detailed notes on five more commercially minded ones, which I’ll try to deal with in the next weeks and months (in between every other rum I want to write about). This one hails from Guadeloupe and is a solid entry to the genre without breaking too much new ground or attempting to reinvent the wheel.

Bellevue (Le Moule) is actually a subset of Damoiseau, and is separated from its better known big brother in order to distinguish its molasses rums from the cane juice products Damoiseau more commonly produces. It’s located NE of Grand Terre (not Marie Galante…the other Bellevue which provided several iterations from Duncan Taylor and Cadenhead is there) . In 2015 CDI got in on the act when the issued this sixteen year old rum (it’s a whisker short of seventeen), but have made no effort to distinguish the two Bellevues (except to me, because I asked to clear up my confusion…thanks Florent.) 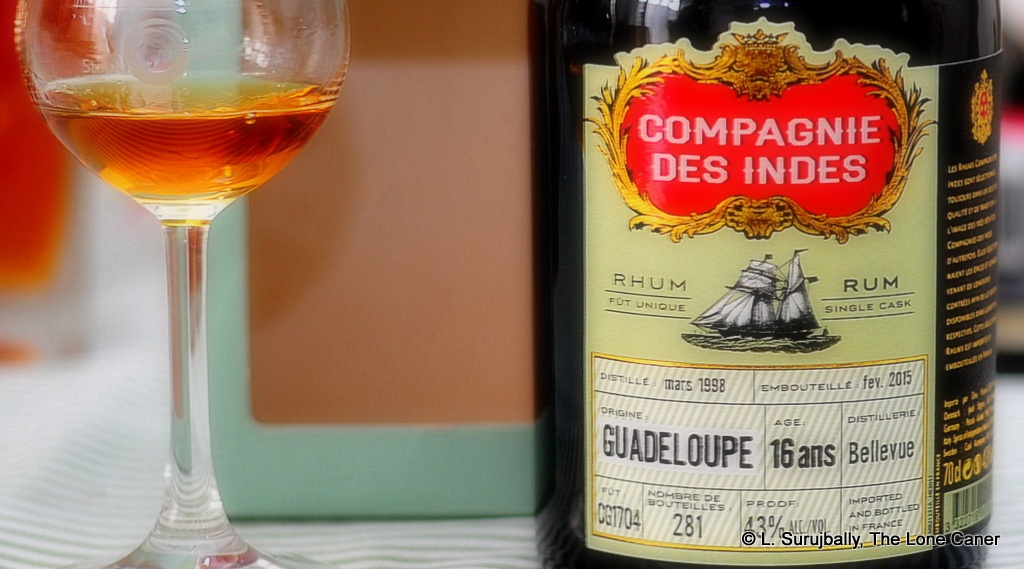 There’s a certain clear delicacy of profile that has run through the Compagnie’s rums I’ve tried thus far. They do not practice dosing, which is part of the explanation – the European ageing is another – but even so, they are uniquely distinct from other independent bottlers who also follow such practices. This and the relatively low strength makes their rums possess an unhurried, easygoing nature that is not to everyone’s taste (least of all full proof rummies or cask strength whisky lovers). This one in particular lacks overall development, but makes up for it with interesting tastes you have to work at to discern, and at end it was a rum you would not be unhappy to have shelled out for. At under sixty euros (if you can still find it) it’s pretty good value for money, and gives a really good introduction to the profile of a Guadeloupe outfit with which not everyone will be familiar and whose rums are nothing to sneeze at.