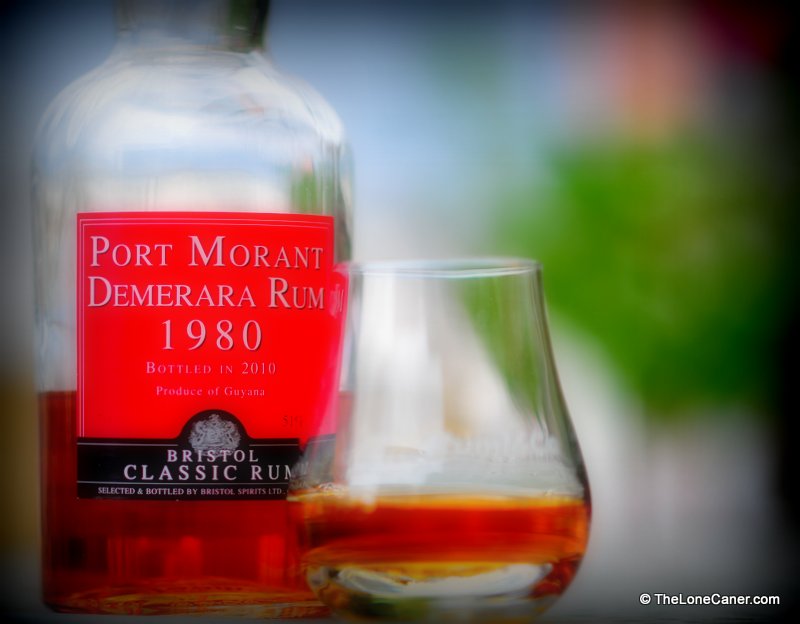 The PM 30 year old by Bristol Spirits is to El Dorados as fish wasabi is to a green salad. Both are nutritious, both are tasty, both are good to have…but only one is a work of art. This one.

This is what happens when a rum maker throws caution to the winds, takes a standard table tipple, ages it to within a whisker of falling down dead of old age, and then torques it up to a grin-inducing, tonsil-tickling 51%. You get a rum that’s redolent of bat-bleep-hydrophobia. If this was a photo of a sports car, you’d better believe it would be on every rum drinker’s wall in a framed place of honour. About the only other rum like it I’ve tried in recent memory is the Berry Bros & Rudd Reserve Demerara 1975, which may also be thirty years old, and is also from the same still.

Bristol Spirits, producers of craft spirits from single barrels aged beyond all reason, have done something quite wonderful here. Somehow, they have muted the seemingly inevitable bite and bitterness of oaken tannins usually imparted by such a long slumber in the barrels, and produced a thirty year old ambrosia that takes its place among the very best of full-proofed rums ever made. And given that even the Maltmonster gave it his grudging seal of approval (he may have been making nice to me because he drank it at my house, though I prefer to think otherwise), you can understand something of the rum’s quality.

Port Mourant is a plantation in Guyana that has been around since 1732 and is actually closer to the Berbice River than to the Demerara (the “Demerara” moniker is more a designation of rum-style than geography). Theirs was a double wooden pot still, which is now housed at Diamond, and which imparts remarkable depth of flavour to the rums originating from it.

Doubt me? Pour a glass and observe: when I did so, 51% of alcoholic fumes enveloped me in an extraordinary luscious and deep nose. When you read the following words you’ll wonder if I wasn’t slightly off my gourd, and you may disagree, but I absolutely adored the scents of wax crayons, honey, red cherries, freshly sawn lumber (cedar) and anise (that was the awesome part)…though only after the overproof scents of smoke and plasticine and petrol dissipated (that’s the crazy part). Perhaps it was the sheer depth and originality of it, the thickness and strength of it that so appealed to me. 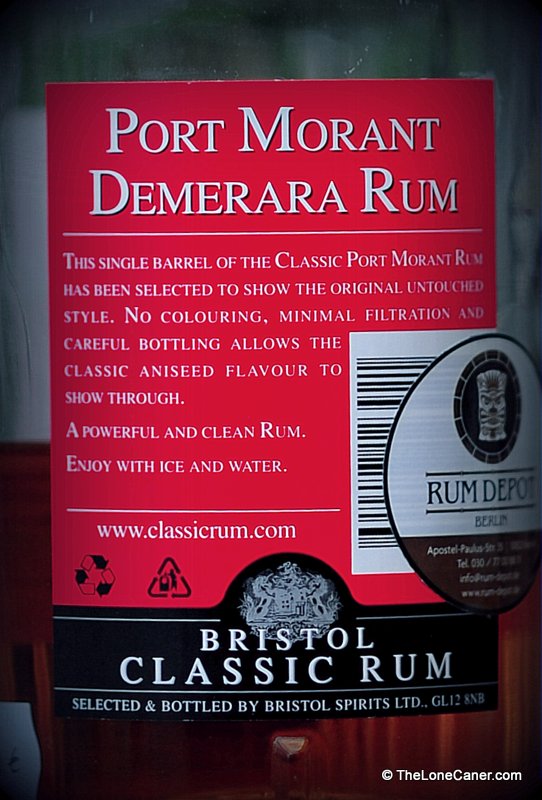 And the taste, the body…wow. This was like kissing the cheerleader in the noontime of your youth when all things were possible and nothing was beyond you. Unbelievably smooth for a 51% drink, heated and spicy, intense and dark, and richly aromatic to a fault. Fleshy fruit notes of apricots, pineapples and firm yellow mangos, and if I had a single beef about it is that the central pillars of molasses and licorice and anise took a commanding stance throughout that often obscured the subtler tastes that might have made this score even higher. I accept that massively aged full-proofs tend to have that paint, candle wax and turpentine (even kero) aspects to their palates, and I don’t always care for that: here at least such notes didn’t spring at me like a starving cheetah on steroids, but they were there, and it would be remiss of me not to point it out. I was okay with it…you may not be. Let me just suggest that if you don’t mind going off the standard taste-train a bit and are akin to Islay maltsters who sing Gaelic paeans at midnight to the pleasures of Octomore’s massive peatiness, you’ll understand where I’m going with this.

The finish of this all-round impressive rum was long and deep, stayed with me for a long while. It left me with fond reminiscences of smoke, well-oiled soft leather, linseed oil (of the sort you cure your cricket bat with), anise and molasses, and took its own sweet time saying adieu. Here was a rum just made for sipping on a cold night in winter. It warmed it tantalized, it gave back, and in all respects reminded me of what it was I look for in high end, full-proof, aged rums. Strength, depth, intensity, complexity, originality. The PM 1980 had them all.

I believe we are born with our minds open to wonderful experiences, and only slowly learn or are forced into limiting ourselves to narrower and more circumscribed tastes. Our natural curiosity is deadened by incessantly streaming informercials and mass-marketing, which attempt to convince us that sales equates to quality, and which discourage exploration of unique and off-the-rails products that exist solely in their own universe (I could say the same things about either books or movies, by the way – the issue is not relegated to merely spirits). And so, products as great as the PM 1980, are often unknown, little spoken about, and have vanishingly small sales. 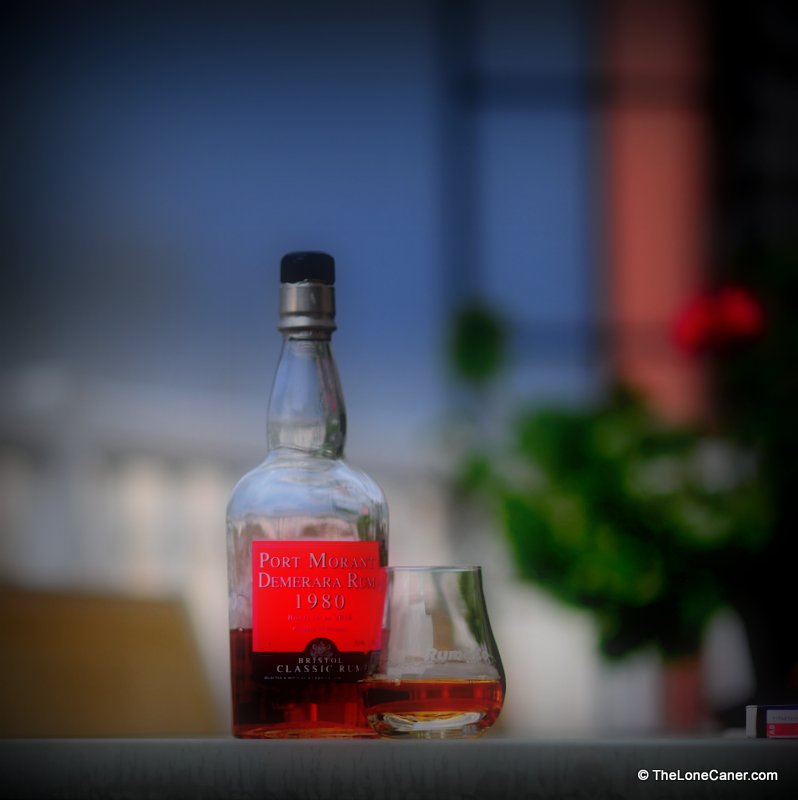 Mind you, this wonderful thirty year old not the best rum in the world. Of course not. No rum ever will be, irrespective of its Jovian altitude, not least because of variations in individual taste. But, y’know it’s close. And it’s as close as we might ever get, now that consolidation of rum production is the name of the game, now that bland and easy-going appeal-to-the-masses is the way to get sales and overtake Bacardi. We may be at the end of a kind of Golden Age of rum production, where distilleries made mad concoctions just ’cause they could; and these days, it’s unlikely that a major company will have the huevos to green-light the investment in time and money, to wait this long, to develop something this exclusive, ever again (Appleton’s fifty year old may be the exception that proves the rule). Maybe that’s all the justification I really need, to shell out this much cash for something this transient….and this good.