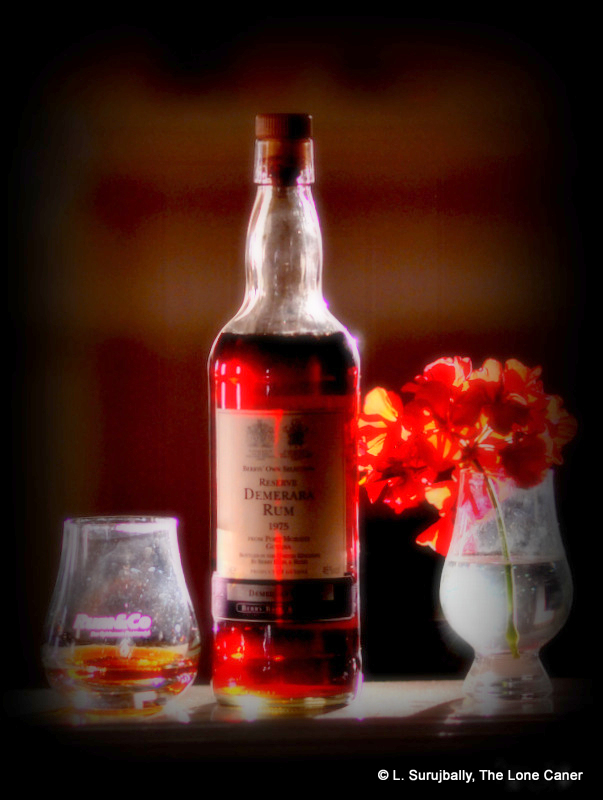 Building a boutique, aged superrum at the top end of the scale – whether that scale is price or power or both – is at best an uncertain business. Too expensive, nobody will buy it, too oomphed-up and too many won’t try it. Both together and you’ll scare away all but the wealthy who casually buy not one but several of the Appleton 50s. I think that this 46% rum hits all the high notes and finds a harmonious balance between age, price and proofage. It may be among the best rums I’ve tried so far, in my lonely sojourn of the rum islands in a resolutely whisky filled ocean.

Berry Brothers and Rudd has the rather unique distinction of being one of the oldest spirits houses in the world; they have occupied the same premises in London since 1695 when Ms. Bourne founded her shop opposite St James Palace. It may be relatively unknown to rummies – yet when I remarked to the Scotchguy of KWM that I had picked up this vintage 1975 30 year old rum, he immediately knew the company and gave me quite a rundown on its antecedents.

Compared to the vaguely rococo label of the Coruba 12 label I looked at last week, or the monolithic spartan menace of the Albion 1994 I liked so much, there’s something resolutely old fashioned here: a standard barroom bottle (perhaps a little slim), with a thick paper label that is subtly genteel, even Edwardian, surmounted by a plastic tipped cork. Just a step above middle-of-the-road, I think – it gives all the information needed in a straightforward, aesthetically pleasing way. Inside, there’s a dark, almost red liquid that had me sighing with anticipation, truly (well, I blew €160 on it so I think I’m entitled). 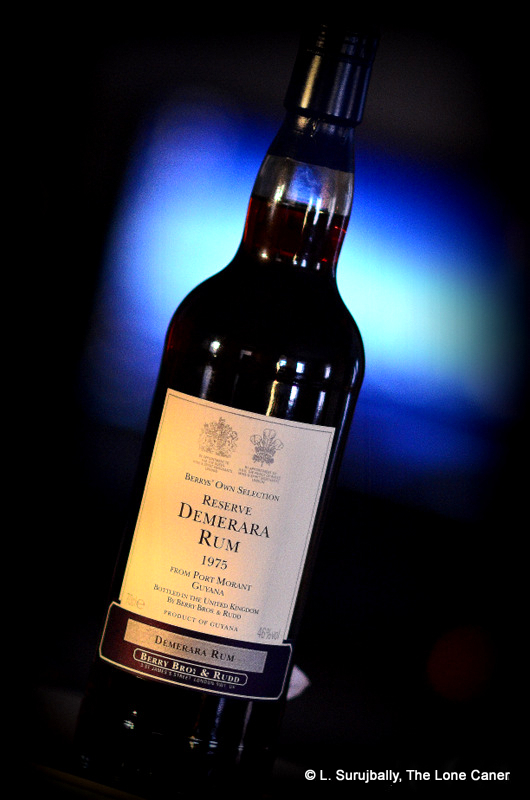 Port Mourant rum is made on the famed double wooden pot still that actually used to hang out in the estate distillery of the same name on the Corentyne Coast, and is now housed at Diamond Estate where DDL has its base of operations on the East Bank of the Demerara. Since I have at least several rums from that one still — Bristol PM 1980 and 1988, the Rum Nation 1989 23 year old, this one (and I harbour lingering suspicions about the Albion 1994 given its profile) — there are certain elements I expect from any rum bearing the appellation. And the 1975 for sure had them all. In spades.

The nose on this dark red-brown rum may be among the richest, deepest, most pungent I’ve ever experienced to this point. None of the raw alcoholic screaming hellburn of an overcoked rock god torturing his guitar like Bacardi 151, the Stroh 80 or the SMWS Longpond 9 81.3%. Just wave after wave of molasses, licorice and dark chocolate to start, mixed in with a strain of plasticine, wax and rubber (similar to what I noted on the Rum Nation Jamaica 25 or the Demerara 23, if you recall), which then dialled themselves down and walked to the corner to give other flavours their moment to hog the stage. Cherries, cinnamon, nutmeg, coffee, caramel…man, this thing just kept on giving – it was one of the most luscious noses of any rum in recent memory.

The more I thought about it, the more I realized that it really was a rum that rewarded patience. The longer I let it stand and open up, the more it gave back to me, and this was not merely relegated to the aromas. The taste was similarly rich: rough and heated, yet without that sharpness that bespoke untamed and rebellious (and maybe stupid) youth, more like the firm hug bestowed upon you by your father when you were young. Slightly sweet, licorice and anise, vanilla, cinnamon and nutmeg, and the darkest burnt sugar and caramel notes you’ll ever have, bound together with molasses and red guavas. It married tempestuous performance to a weirdly calm and deceptive disposition, a quality of deep spirituous serenity that was almost but not quite zen…until the last smidgen of butterscotch and toffee settled on the palate and stayed there. The exit was long and spicy, and finally faded with a last fanfare of molasses and dark brown sugar, and a faint note of sea salt. 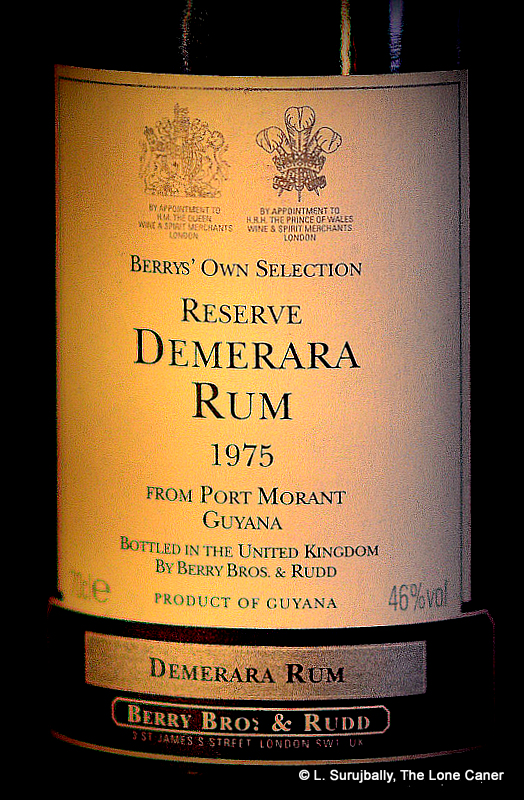 What a lovely rum indeed. It’s a fabulous, fascinating synthesis of strength and style and taste. It’s better than the hypothetical offspring of Sheldon and Penny, and without any of the nuttiness. It offers buyers (all five of them) just about everything: lose-your-shorts nose; strong and purring arrival and a stupendous finish…an overall mien of strapping, extreme flavour, yet also of charmingly cultured physicality. It’s a 1930s hood dressed in Dockers and a button down shirt.

Is it worth it? Hell yes, if you can ever find a rum so relatively obscure. Me, I covet something this unique like it was Uriah’s wife. Of course, at some point in their drinking lives, rum lovers will accept there is more to life than full proofed, deep-tasting rums; and reviewers and aficionados will see that pricey, aged and rare rums are overrated and…oh, who am I trying to con here? There will always be rums like this old, fascinating Bugatti around. And we will always love them.