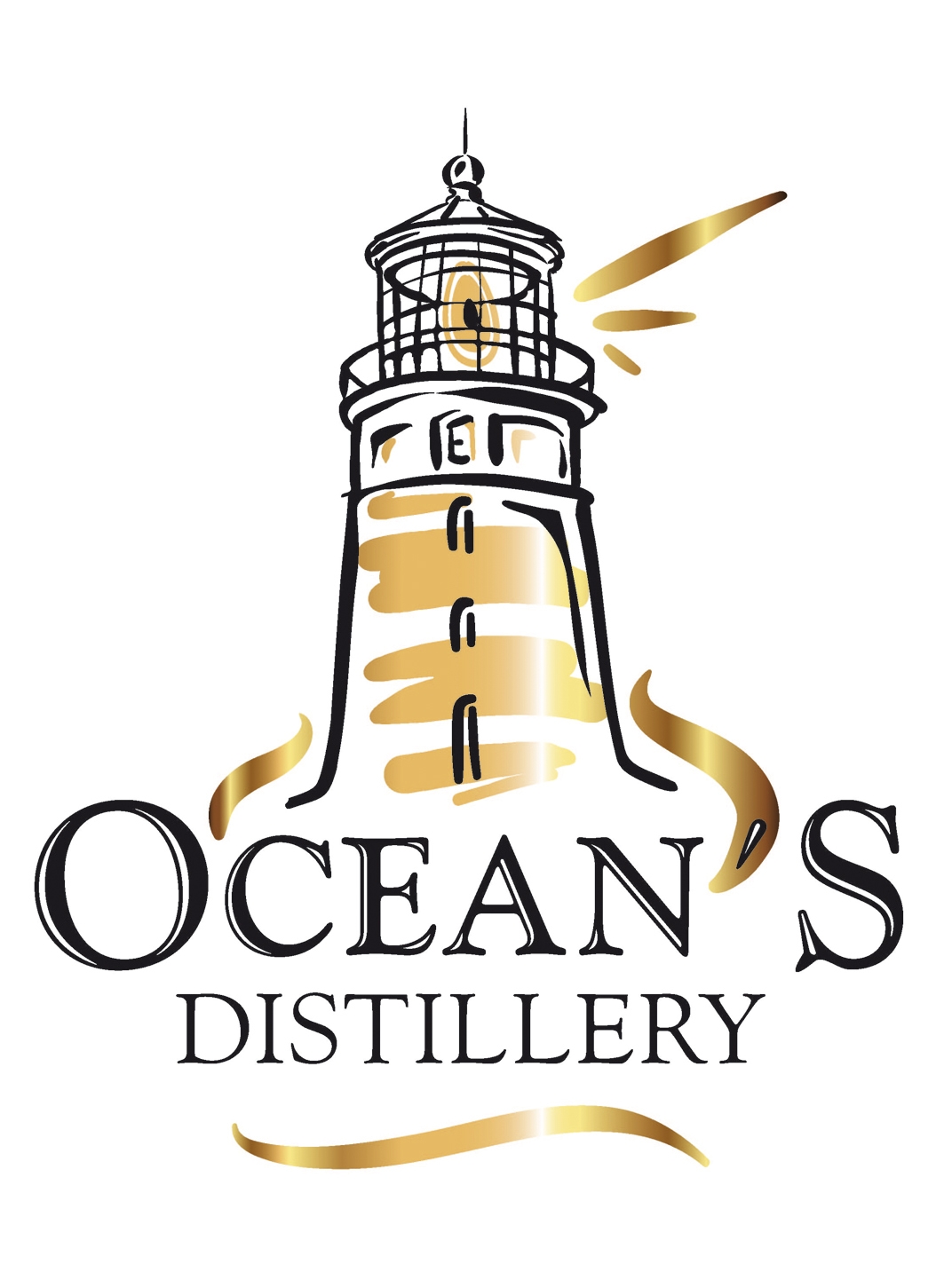 Ocean’s is a relatively new rum making outfit based in Zaragoza, Spain, beginning its life in 2012. Essentially they are an independent bottler, but with ambition: they have ageing warehouses the Ayala Valley (Basque Country, Spain) and La Palma Island in the Canaries. They have various seven year old rums, the limited editions, and some craft stocks from Jamaica, Trinidad and other places. So you can tell these boys mean business and want to be around for the long haul.

Small rum companies – from independent bottlers who take favoured casks and put them out the door to actual producers who go the whole hogshead from cane to carafe – tend to have one dedicated, enthusiastic entrepreneur at the helm, in the early years. All three of the companies I have written about so far conform to that idea: Velier, Rum Nation and Nine Leaves. Even the larger operations like DDL, Bacardi, Appleton, Flor de Cana etc, can be traced back to a single dedicated rumster whose drive, determination and dedication created and defined the future organization. 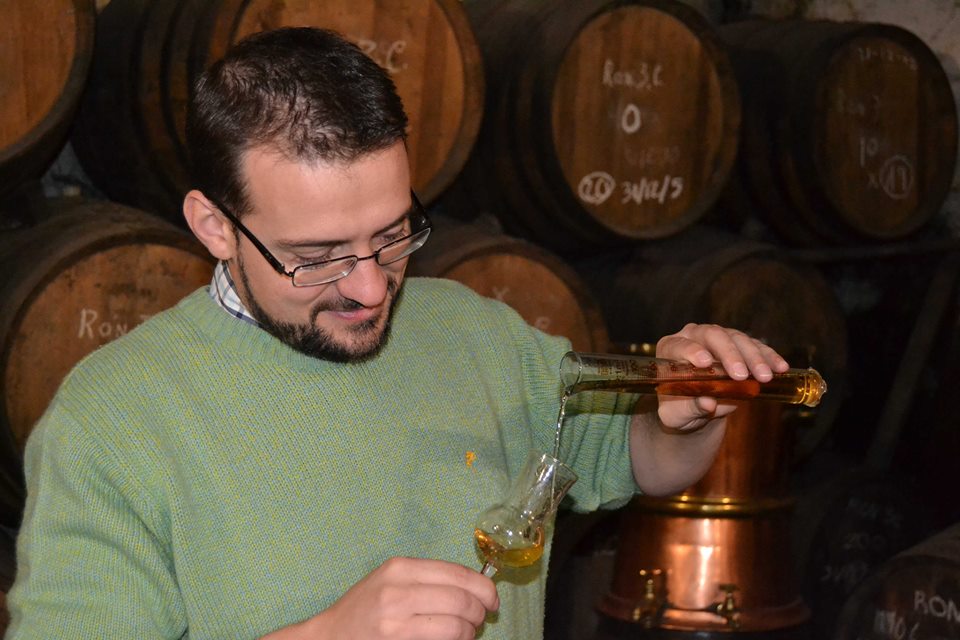 The company is run by four business partners, three being investors, and Mr. Bronchales making the operational decisions: he is 36 years old (as of 2015), and a native of Zaragoza (in Aragon, Spain), splitting his time between Villajoyosa (Alicante, Spain, where he lives) and working in La Palma Island in the Canaries. Something like the sharp dog-leg left turn taken by the maestro ronero for Cuba’s Havana Club brand Don Jose Navarro in the 1970s, Mr. Bronchales studied Computer Science initially, but for reasons known only to himself, decided to change to study Oenology, which had become a passion of his. After having been working for some years as a winemaker, he began doing some experiments on the different process of distillation and inevitably, as he put it to me, got closer and closer to the world of rum.

Like with most people who have a personal vision, he decided to branch out and follow his own path. He had been buying fresh sugar cane distillates since 2009, with the sole intention of experimenting with his own maturation philosophy and process, and to see whether it was possible to make a 100% natural rum, with no additives or preservatives or anything else. “Just playing with rum, wood and time,” he remarked to me. And thus was born the Ocean’s Rum of the “Singular Blend” concept, in pursuance of which he set up his own company. 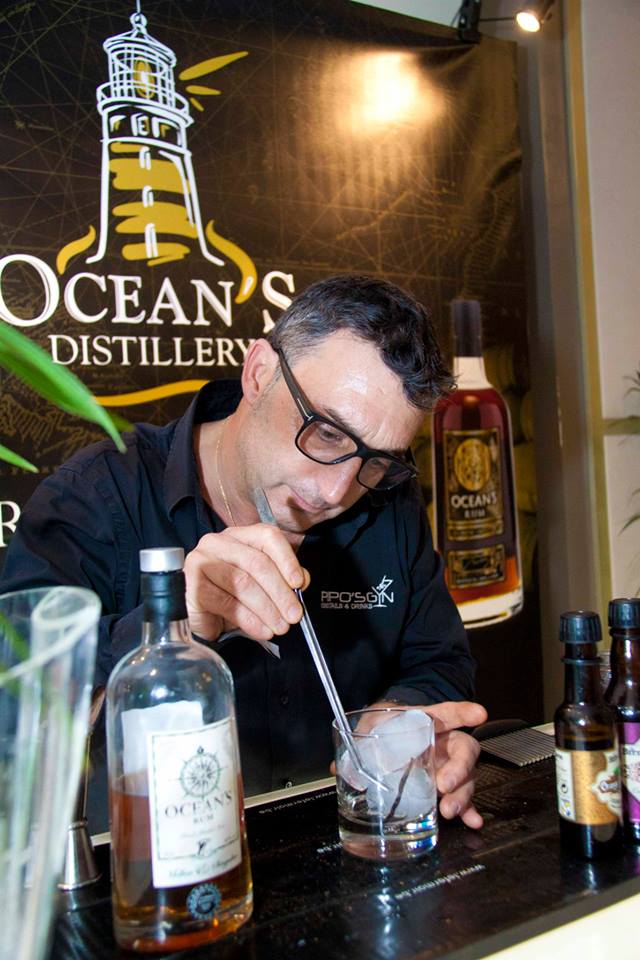 The basic idea was simple: rather than single-island or single-estate rums such as most craft bottlers were making and selling, he drew on his expertise in blending, and sourced different sugar cane distillates from many different producers from all over the world, trying to create taste in a natural way. If you recall, I had some reservations about the concept – the Atlantic edition had seven different rums in it, and I didn’t think it quite clicked, but Mr. Bronchales explained it to me this way: 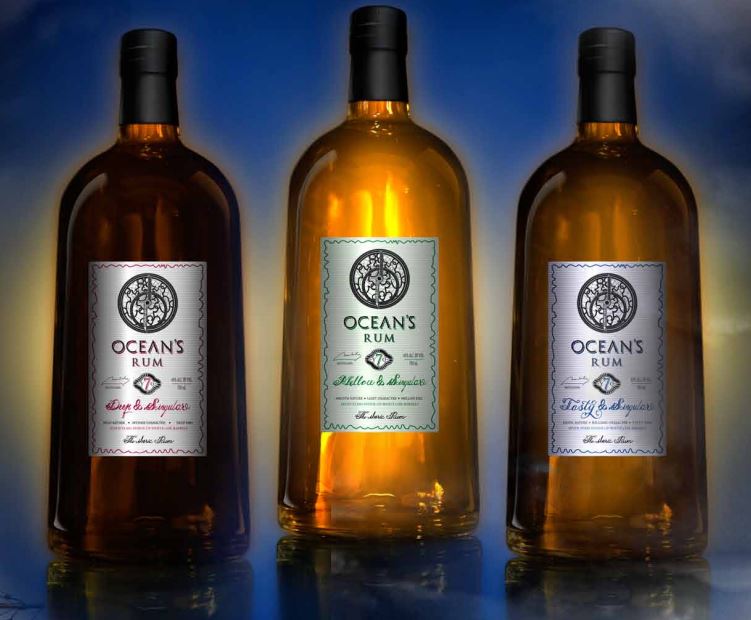 There’s no question that the technique of blending and barreling is somewhat different from that practiced by other craft bottlers, most of who are much more interested in rums reflecting specific styles or countries. But Ocean’s is committed to the path it has set for itself: to continue focusing its efforts on the development and the detailed study of alternative maturation techniques that allow them to improve the traditional methods for the rum-ageing process. They are really aware of the effects that climate, wood and time generate in rum, and this in turn leads to them deeply studying cooperage and woods, in an effort to understand the connection that occurs between wood and rum.

You can tell Mr. Bronchales, very much like Mr. Takeuchi of Nine Leaves, is one of these guys who goes beyond merely ageing and tasting and then bottling a rum. He likes to examine the history and philosophy of his favoured libation. He wants to reinvigorate the rum making traditions of the Canary Islands with his own style, and he wants to take craft rums in a direction not many others have, blending research about the intricate minutiae of ageing with rock solid rum-making fundamentals, all while adding just a pinch of crazy to the mix.

And I mean that in a good way, because I’m agog with admiration for anyone who can dare mix a bunch of rums from as far afield as the Java, Swaziland and Fiji, and hope to make that work. It may not come together, and it may all crash and burn, but not for the want of trying. You really have to respect that kind of commitment in a rum maker, from any country, at any time. And maybe raise a glass to their success.